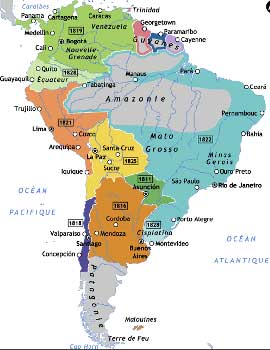 The Falkland Islands: Home of the Mapuche People (mapuche-nation.org)

The Falkland Islands: Home of the Mapuche People
By Danilo José Antón Giudice – 13/09/2001
The Mapuche, or ‘people of the land’, are one of the oldest and wisest indigenous nations of the American continent. The oldest archaeological remains to have been found in the Americas, at an age of 12,000 years old, are in Monteverde, deep in Mapuche territory.

The violent Spanish invasion in the 16th century forced the Picunches to retreat to the south of the Bío Bío River, considerably reducing the land under Mapuche control. After many bloody battles against legendary Araucanian war-leaders such as Lautaro, Caupolicán, Pelantaro and Lientur, including the execution of the conqueror Pedro de Valdivia, the Spanish were obliged to accept the independence of the Mapuche nation, signing various treaties to that effect.
From that time a relative peace reigned for various decades. During this period the Mapuche consolidated their control over their territory which in the 17th and 18th centuries stretched from ocean to ocean. There the internationally recognised independent Mapuche nation was established, with both Atlantic and Pacific coasts. This situation lasted for more than two hundred years.
At the beginning of the 19th century, after the weakening of the Spanish Empire due to the Napoleonic Occupation and the consequent defeat of the remaining Spanish military in the Americas by the Hispanic-creole elites of the colonies, the door was opened to ignore the ancient treaties and embark upon new aggressive policies against the independent Mapuche nation.
The governments of Santiago de Chile and Buenos Aires started military offensives to occupy their native neighbours but with limited success; the Mapuches continued to fiercely defend their freedom and they successfully achieved this for several more decades.
Towards the end of the century an aggressive onslaught occurred which would put an end to the «People of land’s» sovereignty. At the start of the 1880s a coordinated invasion of the Mapuche nation was initiated by the Chilean and Argentinean armies under the command of generals Saavedra and Julio A. Roca which would successfully defeat the heroic resistance, terminating the military occupation of the last truly independent nation on the American continent.
The invaded Mapuches were killed, enslaved, stripped of their traditional land, deprived of their culture and customs and their right to freedom and independence. Today the Mapuche are foreigners in their own land. They continue to be subjugated by the imperialist states of Chile and Argentina. In spite of living in extreme poverty in the marginalised neighbourhoods of Santiago, Concepción, Temuco, Neuquén and Buenos Aires, where they sometimes try to blend into the background to avoid discrimination, impoverished in their lands which are too small to practise their ancestral agriculture, and unable to teach their language, Mapudungun, to their children, they remain organised and resistant. Today there are still one and a half million Mapuche that maintain their identity and culture.
When the Argentinean Republic demands that they be granted the Islands known as the Falklands or Malvinas, based on a right of proximity, or the Chilean State claims the Antarctic based on a similar pretension, they should remember that the lands which are the subject of their claims were internationally recognised Mapuche lands little more than a century ago.
The Mapuche, although they are currently stripped of their land and their sovereignty, have more right to those southern territories than the creole states that claim them, sheltered by their position of political and military force.
The Mapuche were the native people that, in the previous century, exercised their sovereignty over the Patagonian lands opposite the Falklands or Malvinas, and based on these credentials, they have much more authority to claim the islands as their own than the Argentinean government.
We propose that, without affecting the traditional rights of the Mapuche in the territories currently controlled by Chile and Argentina, the territory of the Falklands or Malvinas should be ceded by the United Kingdom to a federation of Mapuche communities as a very limited way to compensate for the damage and harm inflicted by the Chilean-Argentinean invasion of the previous century and the European imperialist aggressions of the 16th to 18th centuries.
When one speaks about compensating Jews for outrages committed against them during the Nazi period, or Palestinians for the land that has been taken from them, or about compensating the descendents of African slaves, it is not possible to forget that the Mapuche people have been suffering violations of their human rights for several centuries.
The Mapuche have inhabited territories very similar to those of the Falklands or Malvinas for hundreds of generations, with similar climates and ecosystems, and they would be capable of exploiting them harmoniously, maintaining their ancestral spiritual relation with nature, which took care of them and developed over time.
The Mapuche are great experts on the sea, on nutritious algae, fish and shellfish, seals and marine birds, they sew potatoes and maize, they are excellent fishers, and above everything else, respectful participants in an atavistic natural environment which they revere in all its incommensurable spiritual depth.
The Malvinas or Falklands and the population should be re-baptised in Mapudungun, and coexistence with the current inhabitants of English origin would still be possible. In their three or four generations on the islands the Kelpers have learnt a lot, and together with the Mapuche they could put together a country that is both new and old at the same time, trilingual, aboriginal and European, to create a new home of peace and recognition for a people stripped of their freedom and calling for the justice which they have been denied for so long.
_____________________________
Danilo José Antón Giudice
Project of Defence of Human Rights
Internationalist Committee of Arco Iris (COINARIR)
prensa@coinarir.org
Source: Sappiens.com
Translated by: Sarah Warry
Mapuche International Link